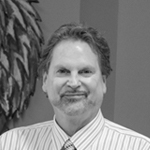 Mark maintains a general civil practice with an emphasis in the areas of plaintiff’s personal injury litigation, general business litigation and contract disputes.

Mr. Wolfe earned his undergraduate degree in Journalism from the University of Georgia’s Henry Grady School of Journalism. He earned his J.D. from Loyola University in 1981, where he was a member of Loyola Law School Legal Clinic, St. Thomas Moore Honor Society, Phi Delta Phi Legal Fraternity and served on Loyola Law School’s Honor Board from 1979-1981, serving as chairman from 1980-1981. He graduated from the National Institute of Trial Advocacy, Dallas, Texas in 1986.

Mark served as an Assistant Bar Examiner in Torts from 1988-2013 and was an Assistant Visiting Instructor of Paralegal Studies at Tulane University College Of Continuing Studies from 1994-2005. He is a Past Recipient of the American Trial Lawyers’ Wiedeman Wysocki Citation Of Excellence in the Practice Of Law; Past Member Of the LTLA Board Of Directors, a Legislative Key Contact; and has lectured frequently in the areas of Personal Injury, Medical Malpractice and Trial Practice.

Mr. Wolfe is also a member of the American Trial Lawyers Association, has been a past selection to Who's Who of American Lawyers and a past New Orleans Pro Bono Project, "Super Pro Bono Pro". Mark was featured in The American Lawyer, The National Law Journal and Corporate Counsel as one of America’s Best Attorneys in 2016; and, in 2018, Mark was selected as a member of the Lawyers of Distinction – with National Recognition of Excellence in Personal Injury Law.

Mr. Wolfe is a LexisNexis Martindale Hubble AV Preeminent Attorney as rated by the Judiciary, his Peers and, clients, for the 18th year in a row, placing him in the top rated one percent of attorneys in the country.

Mr. Wolfe is married with three children and four grandchildren and, is a resident of Mandeville, Louisiana. 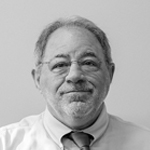 Micheal practices in the area of plaintiffs' personal injury litigation, business and collections. Mr. Begoun is a former assistant District Attorney for Orleans Parish. He is admitted to practice in all State and Federal Courts in Louisiana.

Mr. Begoun earned his B.S. degree in Advertising from the University of Illinois and his J.D. degree from Loyola University in New Orleans. He is a graduate of the National Institute of Trial Advocacy, and is a member of the Louisiana State Bar Association (member, Rules of Professional Conduct Committee.

Since 2004, Mr. Begoun has been and is a frequent lecturer on personal injury and collection for the National Business Institute, continuing legal education.

Mr. Begoun is married with three children and is a resident of Metairie, Louisiana.

Danny maintains a general civil practice with an emphasis in the areas of plaintiffs personal injury litigation, business litigation and workers compensation law.

Mr. Pick earned his B.S. degree in Geology from the University of Georgia and his J.D. from Tulane University in New Orleans. Mr. Pick is a graduate of the National Institute of Trial Advocacy. He is a member of the Louisiana State Bar Association, the Louisiana Association for Justice. He is admitted to practice in all Courts of the State of Louisiana and the United States District Courts for the Eastern, Middle and Western District of Louisiana.

Mr. Pick is married with three children and is a resident of New Orleans, Louisiana. 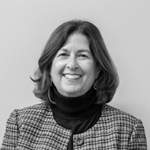 Ms. Silbert received her Bachelor of Arts in Psychology from the University of Georgia,and her JD from Loyoal University in New Orleans. She is also a graduate of the National Institute of Trial Advocacy

Ms. Silbert is married with two children and is a resident of New Orleans, Louisiana.